“I will begin with this confession: whatever I have done in the course of my life, whether it be good or evil, has been done freely; I am a free agent.”

Giacoma Casanova entered this world practically on-stage. Born to parents of the theatre in 1725 Venice, he lived his theatrical lifestyle with passion. His true occupation has been summed up as quick-witted, with steely nerves, luck, social charms, and the knack for gaining money from the gratitude of some or by trickery of others. He was known by his contemporaries as extraordinary, with a far-reaching intellect and a rare curiosity about life. Known to have hobnobbed with Voltaire, Ben Franklin, Catherine the Great and Mozart, Casanova had no lack of social skills. 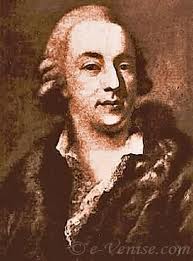 His memoir, penned by his own hand beginning in 1789, exposed him as a man far more intellectual than the playboy figure painted of him on film. Had it not been for his many sexual escapades, he would have been a multi-talented dignitary of some kind. But his lust for the pleasure and presence of the opposite sex was, for him, his undoing.

“I have always loved and done all that I could to be loved. I was born for the opposite sex. All of my life I was the victim of my senses. I have delighted in going astray. Cultivating pleasure was always the chief business of my life…”

The manuscript, simply titled The Story of My Life, did formerly appear in 1821. Even though it had been heavily censored, it was denounced from the pulpit and put on the Vatican’s Index of Prohibited Books. Since then, society has grown more tolerant of morally explicit material. In 2011, several of the pages-alternately provocative, ribald, boastful, philosophical, tender and somewhat shocking, were put on public display in Paris with plans to show them in Venice as well. Although Casanova was born in Venice, a French government commission has consecrated it a ‘national treasure,’ in France. He spent much of his life in Paris and spoke predominately French, which was the language of intellectuals in the 18th century.

Casanova was clearly one of Europe’s most captivating and misconceived characters. According to writer Tom Vitelli, a leading American Casanovist, “he would have been surprised to discover that he is remembered first as a great lover. Sex was part of his story, but it was incidental to his real literary aims. He only presented his love life because it gave a window onto human nature.”

Already an established writer, Casanova translated ‘The Iliad’ into his Venetian dialect, wrote a science fiction novel along with several mathematical dissertations. He lived the last fourteen years of his life at the hidden Castle Dux in Bohemia, which today is the Czech Republic, as the librarian for Count Waldstein. It was here he wrote his notorious memoir.

Miraculously, Casanova’s manuscript survived in excellent condition. Entrusted to his descendants, it was kept for twenty-two years, then sold to Friedrich Arnold Brockhaus, a German publisher from Leipzig. The Brockhaus family kept it safely tucked away for almost 140 years. Escaping a direct hit by a bomb in World War II,  a family member pedaled it on a bicycle across Leipzig to be stored in a bank security vault. Winston Churchill inquired after its fate when the U.S. Army occupied the city in 1945. It was finally transferred back to its German owners in Wiesbaden by American truck.

The first French uncensored edition was published in 1960, soon to be followed by an English edition in 1966. Casanova has since been cast as a most engaging luminary, a celebrity of sorts. “It’s a wonderful point of entry into the study of the 18th century. Here we have a Venetian, writing in Italian and French, whose family lives in Dresden and who ends up in Dux, in German-speaking Bohemia. He offers access to a sense of a broad European culture,” says Vitelli. Most of his memoir has been verified by historians as accurate. A fantastic read, his more than 120 notorious love affairs are intermingled with duels, swindles, arrests, escapes, gamblers, meetings with royalty, and generally living on the edge.

“The readers of these Memoirs will discover that I never had any fixed aim before my eyes, and that my system, if it can be called a system, has been to glide away unconcernedly on the stream of life, trusting to the wind wherever it lead.”