“Traveling is the ruin of all happiness! There’s no looking at a building after seeing Italy.”  Samuel Johnson

Like seals on a rock, people lounge across the floor of the Piazza del Campo. The bricks of the scallop-shaped piazza are still warm, adding to the sensation of sitting on the beach. Pure bliss is lazing in the sun, soaking up its last rays of the day, steeped in good conversation. The only thing missing is the ocean. What’s not to love?

The late afternoon sunlight is ebbing away as shadows begin to creep across the Piazza. Children in sandals scamper after pigeons. People stroll through, a dog leash in one hand and gelato in the other. Friends and lovers sit together enjoying each others company. Siena’s social zone picks up its pace. 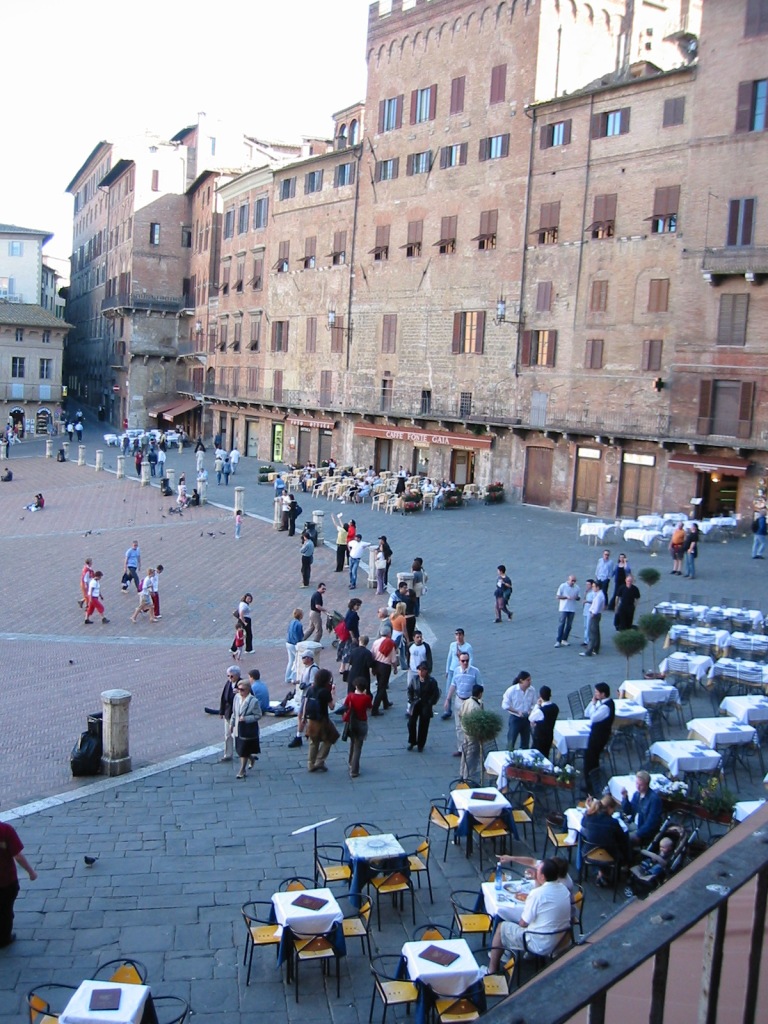 Along the edge of the piazza is the promenade with many cafes and restaurants. There is a myriad of tables and chairs for diners and coffee drinkers set out in groups. Street musicians play their music while an entertainer in a red hat teases passersby to the delight of the crowd. The Campo truly is the physical and cultural heart of the city.

Our new friend, Carlos, runs the Ristorante Fonte Gaia. There he is in his white shirt and vest. One morning we helped him set out chairs before opening shop, and since then he has treated us to complimentary cappuccino and treats! What a sweetie…..see what can happen when you rub elbows with the locals? 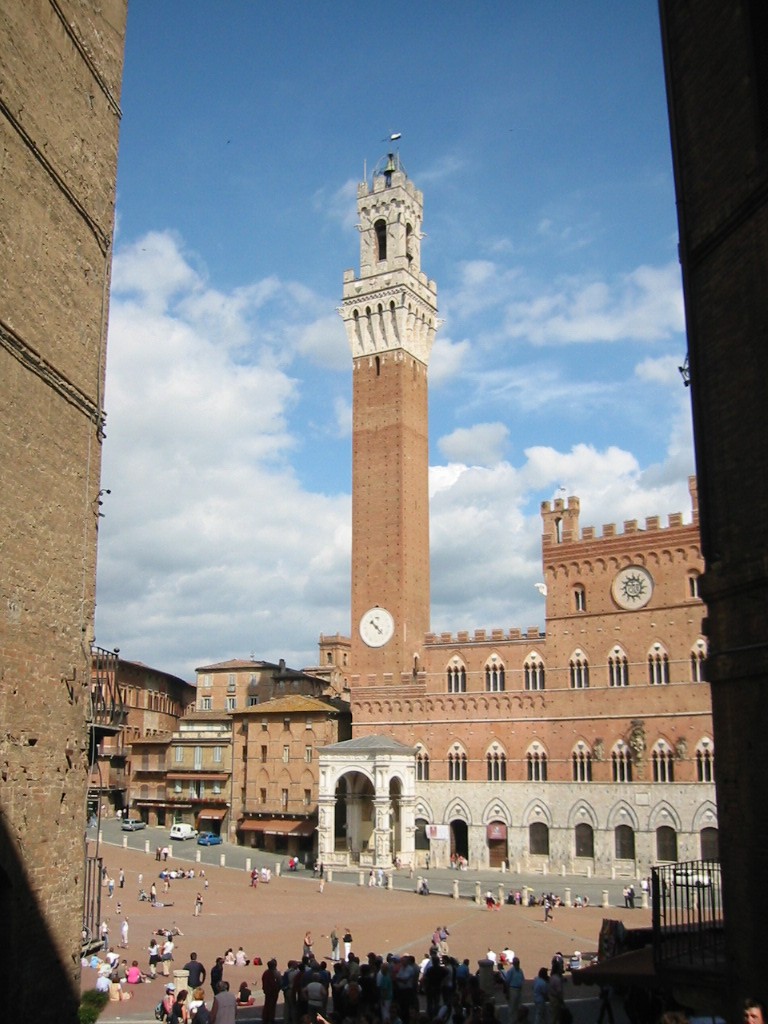 The red-brick fan of the piazza radiates out from the facade of the Palazzo Pubblico. Spoke-like paving patterns were commissioned in 1349 by Siena’s then ruling committee, the Council of Nine, to symbolize power and the folds of the Madonna’s Cloak. Since then, it has remained the site for most of Siena’s public events, such as bullfights, executions, festivals, and the famous Palio.

Once the site of a Roman Forum and later the central market place, the Campo is surrounded by buildings that haven’t changed since medieval times. The facade of the Palazzo Pubblico, built in 1288, concave’s inward to accommodate the curve of the Campo. Originally the town hall, today it still houses the town administration. 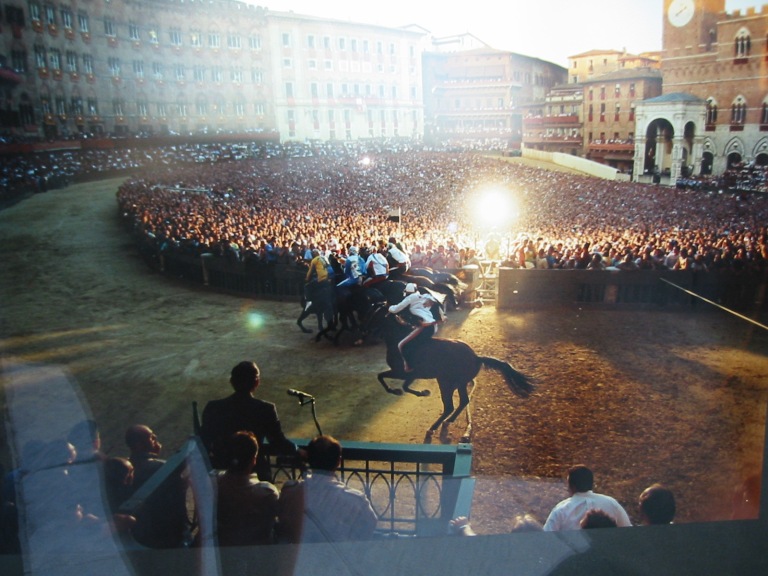 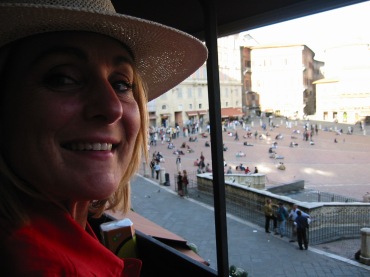 Seated on a tiny balcony outside a third story pub with the best view of the Campo….

Watch out for James Bond! He could be jumping out a window and scrambling across the awnings at any moment. He has done this in the Campo before, you know! Remember the movie “Quantum of Solace?” 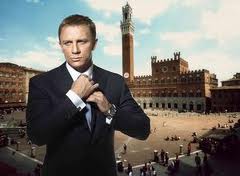 Sadly, it’s my last night in Siena….I stand with all my senses working overtime. I don’t want to ever forget the magic of this place. I am polarized between two worlds, the medieval architecture and atmosphere so rare to find, and the culmination of modern-day Italy evidenced by the tourists. The sights, smells, tastes, sounds, and feel of this medieval city soak into my being, flooding my mind with colorful memories.  Siena will remain with me always.