The Comune di Castellina in Chianti has a most outstanding archaeological find. It is a small round hill just off to the side of the main road leading into the village. At just over 50 meters in diameter, underneath the mound are long corridors that lead to four tombs designed in a cardinal point (N,S,E,W).  It is the Tumulo di Montecalvario (Hill of Calvary), an Etruscan funerary monument that was accidentally discovered in the early 19th century.

The Etruscans remain a mysterious population with unknown origins. Although a lot of speculation exists, it is all uncertain just where they came from. They were an attractive people who had established firm habitation in the territory north of Rome by 700 BC and continued to prosper until around 400 BC. By then, they were losing ground to the Romans who eventually conquered the territory. Numerous museums in Italy today contain Etruscan displays that provide an impressive insight into these highly developed, artistic and peace-loving people.

While visiting the village of Castellina in Chianti, I stumbled upon this funerary monument as I was driving into town. It was located just off to the side of the road with a small parking area and a pathway leading up to the fenced-in tomb mound.

Below can be seen the design of the tomb on the information board at the site.

This dirt pathway encircles the funerary mound. It is believed by archaeologists that the location of this tomb was originally intended to be on the busy byways of its time, where many would pass by on a daily basis.

It was discovered that the deceased were no ordinary citizens. It appears that the four were likely members of a lordly family who ruled over the region during the Orientalizing period (distinctive Eastern style impact on Greek art), which was at the end of the 7th to beginning of the 6th century BC.

Four openings lead into the tomb from the circular pathway. 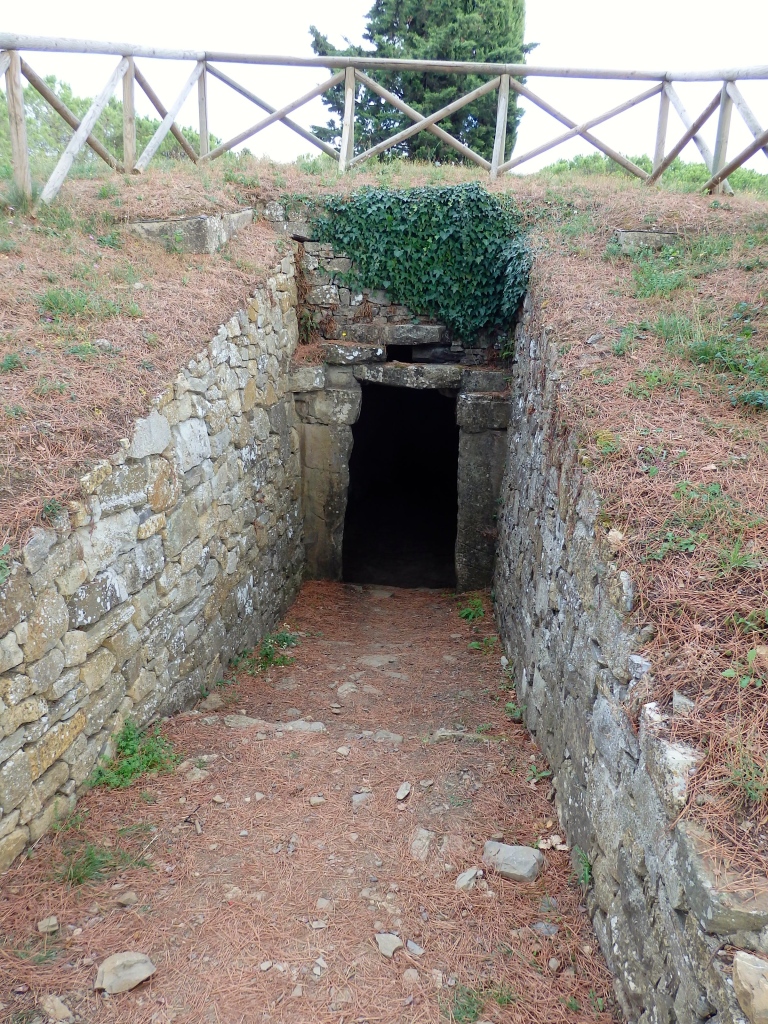 Although it is obvious the tombs have been looted long ago, fragments of gold, bronze, iron, bone and ivory were found. Metal objects, including parts of two chariots and sheets with relief decor that embellished the wood structure of the chariots were also discovered. In the south tomb was a lion’s head with gaping jaws made of stone. These items can be seen at the Archaeological Museum of Sienese Chianti.

Long, low lit corridors inside lead to the four tombs.

I admit that I did feel a bit claustrophobic. 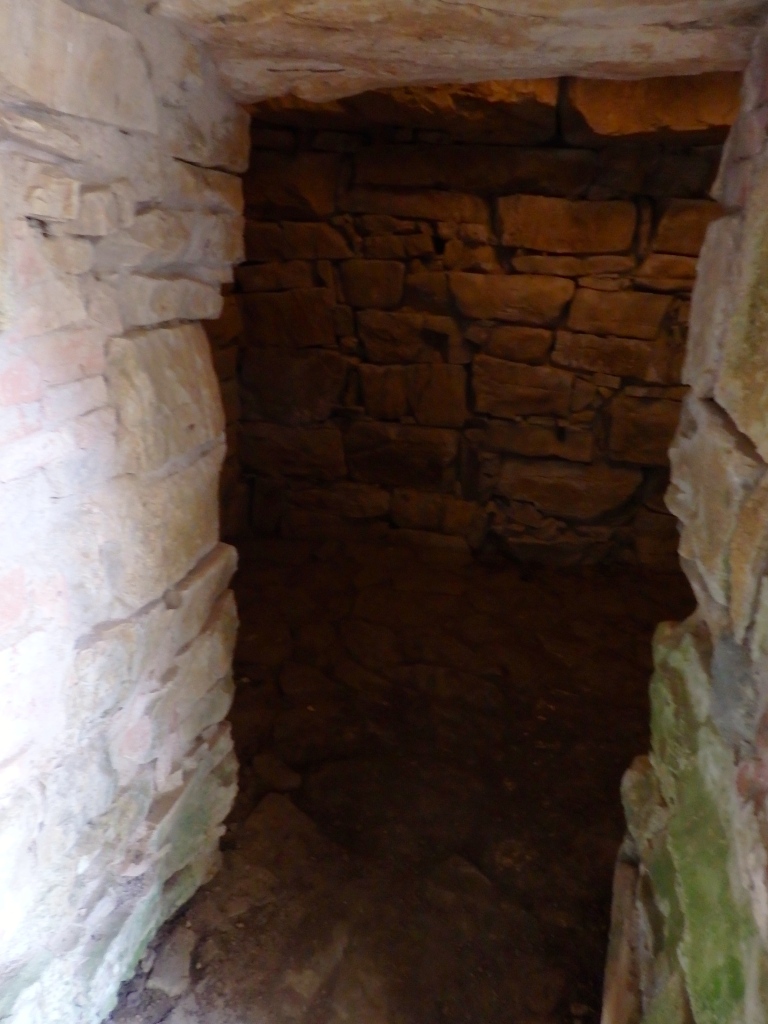 Each tomb felt small and stuffy, yet it was rewarding to see the beautiful arch built out of rock. This interior is a corbelled vault, where the rock ceiling overlaps each other to create a strong arch. 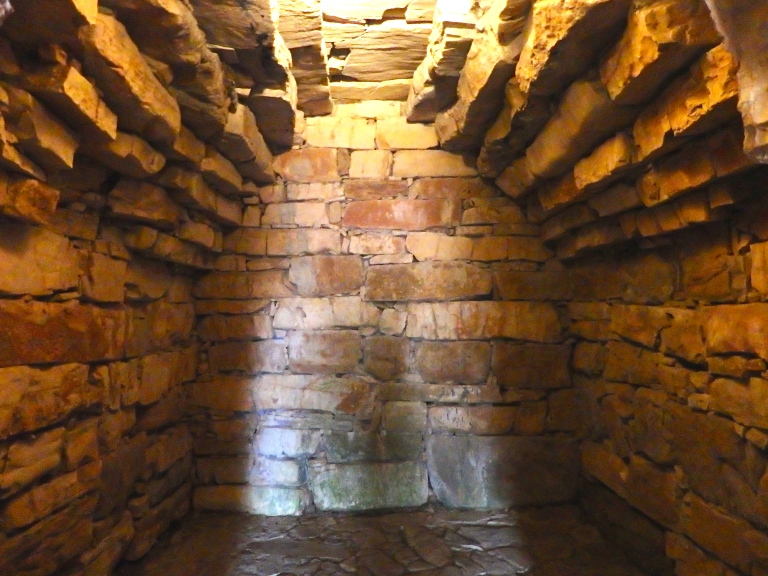 This funerary monument was named during the Middle Ages. At that time it was a chapel to the last station of the Via Crucis, or Way of the Cross. Since there are fourteen stations of the cross, this particular one depicted the body of Jesus laid in a tomb.

Although I didn’t feel the need to linger within, it was an enriching experience to see the loving care that these people put into housing their deceased. Many books written about the Etruscans suggest that they were obsessed with death. On the contrary, there are many of us who believe that the Etruscans, as seen in remaining frescos and statuary, were a people dedicated to life and the living, who celebrated often with joy and enthusiasm.